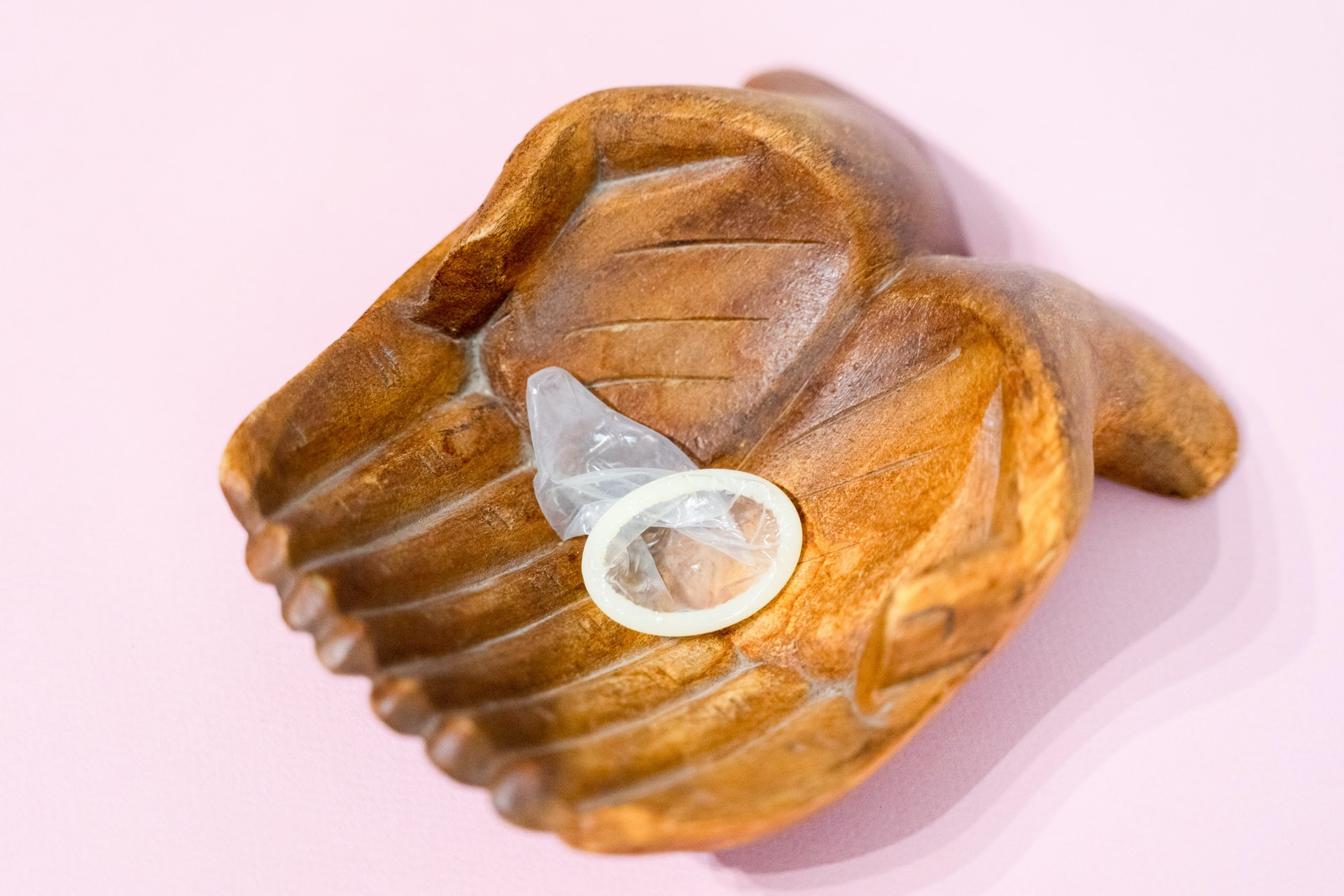 How to have the ‘condom chat’

Home » How to have the ‘condom chat’

How to have the ‘condom chat’.

At Family Planning Tasmania, we love condoms. They can help protect you against pregnancy and STIs, and are 98% effective when used correctly. Learn more about condoms in another article on our website here.

We all know how important condoms are, especially with a new partner, or on a casual hook up. However, it can sometimes seem daunting to think about bringing up the “Let’s use a condom’ conversation, especially in the heat of the moment. We call this the ‘condom chat’.

This National Condom Day, we’ve put together some tips on how to have the ‘condom chat’, including some examples of what to say, so you feel prepared and empowered to have the condom chat.

The best tip we can give you is to always have a condom with you, so you can easily whip one out. This is our first tip, keep on reading below for our other tips.

Heading on a night out? It can feel a little bit easier to bring up the condom chat if you have a condom with you and that you are prepared. If you’re about to head on a night out, just pop a condom in your pocket. No one will have to know you’ve even got one on you.

You can get free condoms from any Family Planning Tasmania clinic (Glenorchy, Launceston or Burnie), and from youth services such as headspace or The Link. You can also buy packets of condoms at all supermarkets, chemists and even petrol stations. Easy!

It’s not ideal to have to have counter-arguments prepared for arguments against condom use that might come up, but it’s a good idea to feel prepared so in the moment, you feel confident in insisting on condom use. Unfortunately it’s a reality that some people are resistant to using condoms, but we know that that’s why we are currently experiencing an outbreak of some STI’s, such as syphilis. There are plenty of sexy ways to bring up the condom chat, and it’s always a great way of checking in with your partner (and yourself).

How to bring up condom conversations – examples

“Hey, I’m really into this, do you have a condom?” “No worries, I brought one – it’s just in my purse/ pocket/ bag/drawer” “It would be good just to not have to worry about an STI, you know?” and “Safer sex is sexy sex.” “Are you into this? I’m keen to do this, just let me grab the condom.”

Here are some examples of what to say, to empower you to insist on condom use:

They say “I’m too big, they don’t fit me” – You say “Actually, did you know you can fit an entire arm in a condom, so unless you’re packing something bigger than an arm, you’ll be right.

They say “Condoms are a mood killer” You say “Imagine how much getting an STI is a mood killer, can you imagine how awkward it would be to have to call someone and tell them you gave them an STI, UGH.” “TBH, unplanned pregnancy is such a mood killer”

3. Suggest or try other things, or not have sex at all

There are other ways of having safer sex without a condom, if you can’t access one. There’s plenty of things you can do that don’t require a condom, which can keep you both safe, and can be a fun tease until you can get a condom. STIs are transferred through skin-to-skin contact, or through exchanging sexual fluids. Condoms are a barrier method of contraception, so they provide a protective barrier against STIs from exchanging. But they aren’t perfect, or 100% effective. So if you’re worried, there are some really fun and sexy things you can still do with your partner that lowers your risk of STI or pregnancy. These include:

If the person you’re about to have sex with refuses to use a condom, you can just say no, and not have sex with them. You can also leave the situation at any time, and so can your partner. Your safety and comfort and the safety and comfort of your partner should always come first. Would you really want to have sex with someone who refuses to respect your wishes, and insists on unsafe sex? Major red flag alert. You can say no at any point during sex, and you are allowed to say no to sex without a condom. That is your right. It is also a form of sexual assault if someone starts using a condom, and then pulls it off during sex without your knowledge and consent; or if a person lies about condom use. There is never an obligation to continue with sex, if you or your partner doesn’t want to anymore. Read more about consent here.

These tips can help you feel more empowered to have the condom chat with your partner. It is always your right, and the right of your partner to say no to sex, and withdraw consent at any point and leave the situation. The awkwardness will be much less saying no and leaving than potentially exposing yourself to an STI or pregnancy, and having to tell your partner(s).

If you have any questions, or want some advice around this, phone your local Family Planning Tasmania clinic or make an appointment at one of our three clinics in Glenorchy, Launceston or Burnie.

Back to all news

Save the date - National Condom Day 2023!Supporting culturally accessible sexual and reproductive…Menopause services at a Family Planning clinic? It's true!11 tips for better vaginal and vulval healthSafer Sex in the Time of Covid-195 Reasons to check out the new Launceston clinicThe birds and the bees – how to talk to your kids about sex…Why we are Tasmania's Contraception Experts4 reasons you might want to self-collect your next cervical…
Back to all news
16/12/2022